Nebraska is home to five national parks, each one a diverse ecosystem that provides a glimpse into the past of not only Nebraska, but America as a whole. These national treasures provide visitors with landscapes where dinosaurs roamed, early pioneer settlers migrated from the East, and Native Americans made their home.

The Agate Fossil Bed, located in the northwest corner of Nebraska, has been hailed as one of the world’s most significant Miocene Epoch mammal sites. Transform into an amateur paleontologist and walk the trails to see mammoth bones in situ and the tools used to unearth them, or tour the visitor’s center and immerse yourself in local Lakota Indian culture, where you can see historic artifacts dating back to the 1800s.

To learn more about how Nebraska and other Western states came to be populated, you can visit the Homestead National Monument of America, dedicated to preserving the culture behind the original pioneer spirit and their efforts to homestead the land. This fascinating look at the hardships, perils and promises that came with homesteading will forever change how you see the development of America as we know it today. As you can see, Nebraska national parks provide a wide variety of fun activities for travelers of all types.

Scotts Bluff National Monument is known for its beautiful geology and representation of the history of the region. Composed of five rock formations overlooking the North Platte River that were visible from three of the five national historic trails (see below), the monument is home to numerous hiking trails, and pays homage to both the pioneers who traveled by it and the local Native Americans.

If it’s adventure you want, then the Missouri National Recreational River will fit the bill. The Missouri, America’s longest river, has 100 miles that pass through the great state of Nebraska, affording visitors the opportunity to canoe, kayak, fish, hike, birdwatch and camp by the “Big Muddy,” as it’s affectionately known. Or you can head to the Niobrara National Scenic River, where you can run rapids, view gorgeous waterfalls, float on an inner tube, or laze the day away fishing.

In addition to the five Nebraska national parks, you will also find five national historic trails. Each one of these trails is significant in the development of this nation, and the West in particular. You can follow along the route of the Pony Express National Historic Trail, by which mail was delivered between Missouri and California by men on horseback. There is the Oregon Trail, a 2,000-mile route that passes through seven states traveled by many of the West’s early settlers, and the equally impressive Mormon Pioneer National Historic Trail, which brought 70,000 members of the Church of Jesus Christ of Latter-day Saints through Nebraska on their way to Utah in the mid 1800s.

These impressive trails took years to travel and were met by hardships that we can only imagine today. The pioneer spirit, which is exemplified in Nebraska national parks to this day (and the state as a whole), is rooted in these landmarks and the people that traveled them.

All of the Nebraska national parks and trails pay homage to the development of our state and will not disappoint. There is something for every visitor, from hiking and biking, to fishing and canoeing, to learning about Native history and the giant dinosaurs that once ruled the Earth. 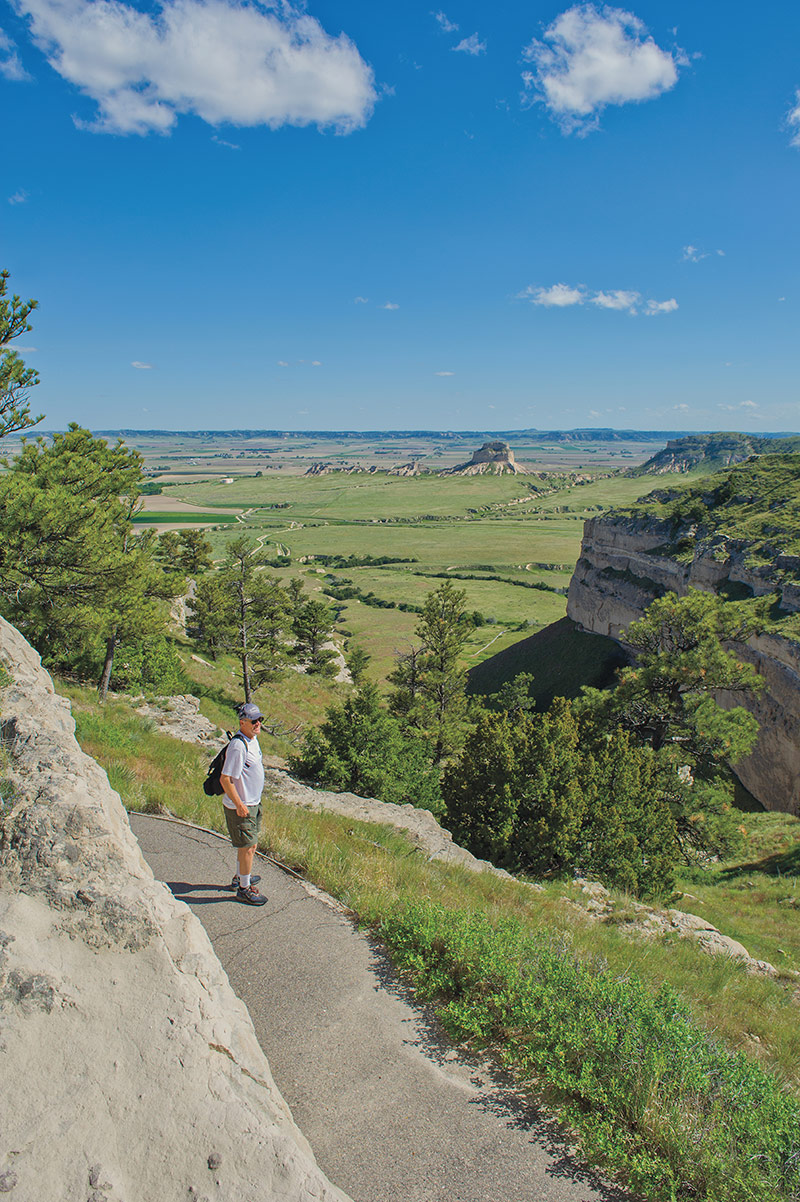