Nebraska is home to a thriving music scene, concentrated primarily in Omaha and Lincoln. Collectively, our state provides myriad opportunities to see new and established artists in all genres.

Omaha is home to two more intimate concert venues: Ralston Arena (with 4,400 seats, showcases a variety of new and veteran artists, like LeAnn Rimes and Alice Cooper) and the Holland Performing Arts Center, with room for 2,000, featuring musical theater like The Sound of Music, sing-a-longs, and the Omaha Symphony productions. There are smaller venues as well, among them the Sokol Auditorium, Orpheum Theater and Bourbon Theater, all housed in historic buildings in downtown Omaha, and great places to see up-and-coming musical acts of all genres.

As you can see, Omaha is central to Nebraska’s music scene, particularly for indie artists. The Saddle Creek record label is based here, representing artists currently on the national rock, power metal, and alternative playlists, as is Nils Anders Erickson, who owns a popular recording studio for local, state, and national musicians. Omaha is also host of the annual Maha Music Festival, which showcases emerging artists and popular national acts every August.

Lied Center for Performing Arts and the Kimball Recital Hall are both on the University of Nebraska-Lincoln campus. With excellent acoustics, you can take advantage of family friendly prices and attend the symphony, choir performances, concerts, and musical plays.

Outdoor venues are popular in the summer months in Nebraska. The Railyard, located across from Pinnacle Bank Arena, is a family friendly venue that is part of Lincoln’s entertainment district. You can not only catch some great musical acts but also get some tasty treats at one of the many restaurants and bars nearby. There is also Pinewood Bowl Amphitheater, where you can picnic on the greens and enjoy musical guests like Bob Dylan, Ringo Starr, Twenty One Pilots, Alabama and Chicago.

Festivals in communities large and small raise the volume on family-friendly entertainment in Nebraska. The Nebraska Folk & Roots Festival each June in Lincoln includes two days of music on two stages. Rock, folk, soul and other music not easily squeezed into categories plays out from local and regional acts. The Prairie Loft Center for Outdoor and Agricultural Learning in Hastings is home to the annual Flatwater Music Festival in June. Workshops for children and adults, jam sessions, food and product vendors and more fun echo across Adams County farmland during this two-day event.

Musicians tell stories through lyrics and tunes, so it is only natural that a diverse lineup of singers and bands are on tap for the Buffalo Commons Storytelling Festival in McCook. The June event showcases entertainers at multiple McCook venues. Bellevue cranks it up with a festive act of its own in July during the Hullabaloo Music Festival. The Good Living Tour is a series of weekend concerts showcasing Nebraska musicians in Nebraska communities each July. Three days of music, camping, disc golf, art workshops, product vendors and more fill this long weekend with harmonious fun.

During the 10 days that span the Labor Day weekend, the Nebraska State Fair in Grand Island is the place to be for music. This annual event plays host to some great artists, performing throughout the venue and at the Heartland Events Center. Past acts included Lady Antebellum, Thomas Rhett and Charlie Puth. You can also bear witness to new talent at the Galaxy of Stars Talent Search, a high-level competition where the winner receives a recording contract. Continuing in September, music from live bands provide the background sounds of the Applejack Festival in Nebraska City. As many as 80,000 fans will be in town for the many activities. Don’t forget to load up on apple pie, apple cider and bushel baskets of sweet tunes.

Thanks to Nebraska’s burgeoning music scene, there’s no shortage of talent living in and making its way to Nebraska. There is sure to be something that suits your taste, no matter the time of year you visit. 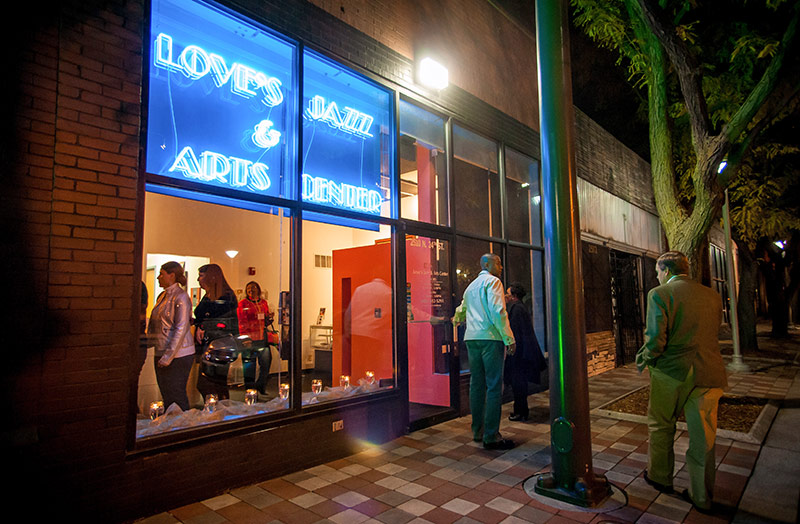