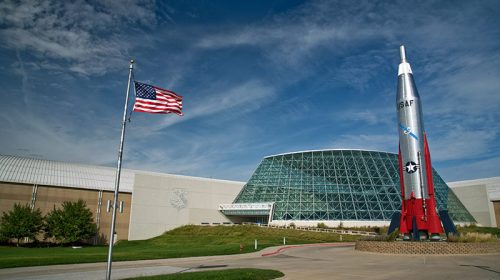 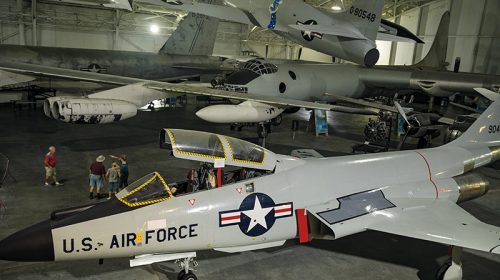 The Strategic Air Command & Aerospace Museum is a 300,000 square-foot landmark studded with ballistic missiles just off I-80 Exit 426 near Ashland. Learn the historical significance of nearby Offutt Air Force Base and see the world’s largest collection of Cold War aircraft.

These historic aircraft no longer fly, but many do hover, suspended from the ceiling. Ever look at an SR-71 Blackbird right in the nosecone? You will when you walk in the museum’s front door, if you can pull yourself away from the Atlas missile and other advanced machines out front. Dozens of warbirds and military workhorses are hangared in pristine condition. Is your favorite the F-101B Voodoo jet fighter, the FB111A Aardvark medium range bomber, the rare XF-85 Goblin fighter escort (one of only two ever built) or another of the machines?