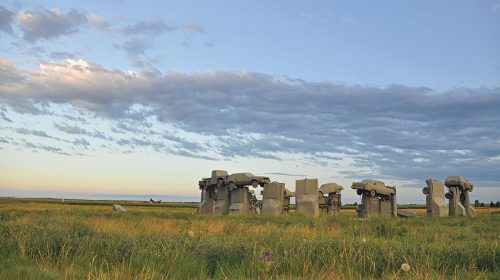 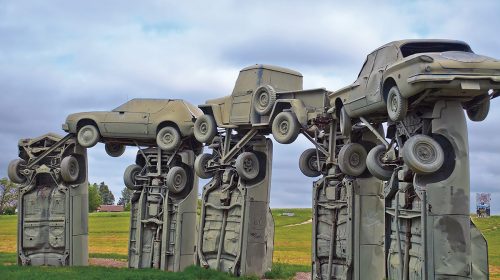 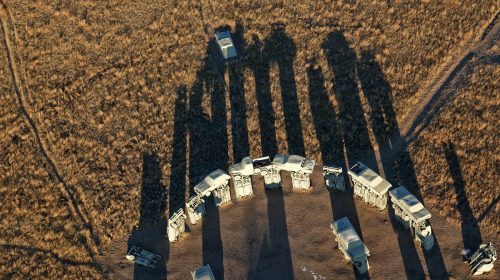 Carhenge, three miles north of Alliance, is one of the strangest attractions in Nebraska. The full-scale replica of England’s famous Stonehenge is made entirely from old cars. Local resident Jim Reinders and his family built it from 38 cars, each painted gray. Some are half-buried, others are welded together, and some jut from the ground at odd angles, just like the real Stonehenge. It is a truly inspired monument of Americana.

Quirky automobile sculptures complement Carhenge, including “Spawning Salmon,” a car that looks like giant salmon bursting from the ground, and “The Ford Seasons,” representing the four stages of wheat grown in the area. There is no admission charge to view Carhenge, and there’s a small visitor center and gift shop where you can spend 50 cents to smash a penny for a souvenir. Carhenge is marking two special days this summer: its 30th-anniversary party on June 21 and a full solar eclipse on Aug. 21.